Can't find what you're looking for?

Two of our pupils spoke on stage to leaders at the conference about their stories under the theme, 'My Story, Our Story, God's Story'. We were blown away by their strong sense of identity and by how much they recognise and value the communities they belong to. Nigel Frith, the Diocesan Director of Education, told them that they had shown us that children are not the leaders of tomorrow, they had just shown us that they are the leaders of today. 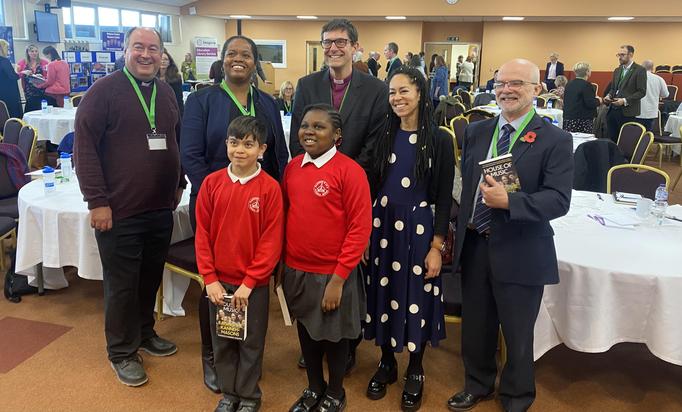 Ivie told leaders, “If you asked me to describe my identity today, I would say I am a strong, Nigerian woman.”

Eltaf told leaders, “Together We Can Achieve is our school motto and I feel passionately about this. In my eyes, I feel being equal is so important... Being a pupil at Sneinton has given me hope. I know that coming to school every day, I am safe, I am listened to, and I am respected... Everyone at my school is like family to me. We are a diverse school, where no-one is the same. This isn’t a bad thing – this is special and positive and makes it an exciting place to learn.”

Our children were asked to contribute to the Inspiring Leaders Conference October 2021, bringing together school leaders from Multi-Academy Trusts from around the region. They were asked to think about what Equality and Inclusion meant to them:

Ifeanyi, a past Sneinton pupil, was a keynote speaker at our Transform Trust Inset Day, speaking to staff at all 19 schools across Nottingham and Derby. He delivered a speech on Identity and Equality, telling us his story.

"My own roots and history provide strong foundations for where I want to go next because where I am from is a vital part of where I am going".

In 2020-21, our school was one of only five primary schools across the country to have been reaccredited as a World Class Primary School. We were runner up School of the Year and our children in Year 5 received a World Class Character Award for their contributing work to the organisation's assessment programme. 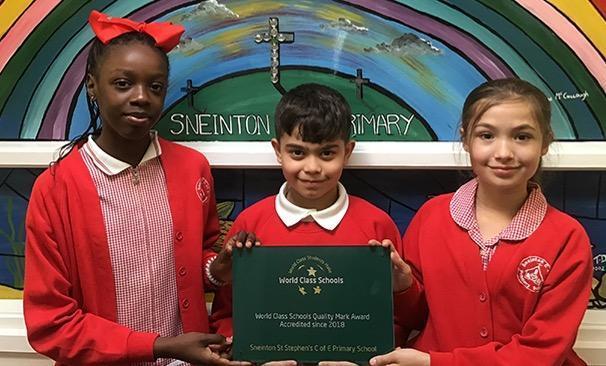 In 2020-21, we were contributed to the Oak National and Church of England Collective Worships, alongside the Archbishop of Canterbury.

The focus was on Courage and on Hope:

Home is always with me... A message of HOPE!

One of our Year 6 pupils, Darian, was a keynote speaker at the Church of England's National Conference 2020. He spoke to school leaders from around the country as well as the Archbishop of Canterbury, Education Secretary and Mary Myatt about 'Educating for Wisdom, Knowledge and Skills'. 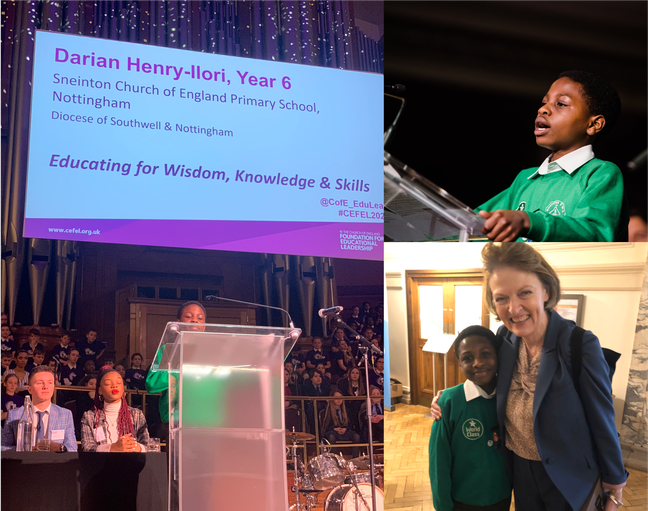 We are incredibly proud of one of our former pupils Ifeanyi, who responded to Creative Education Trust's Public Speaking and Essay Prizes 2020. The title for the essay was 'Where you from?'.

He read his essay alongside five other speakers to an online audience and a panel of judges. The judges agreed unanimously that Ifeanyi deserved first prize. They judged that Ifeanyi spoke with poise, focus and a poetic sensitivity to conjure a confident sense of self and belonging.

"…it would be easier to say: 'Born in the UK, both parents originally from Nigeria, making me black British.' Simple, right? No. Where I’m from is not as straightforward as the things that appear official, such as a passport, a birth certificate, a national record, etcetera."